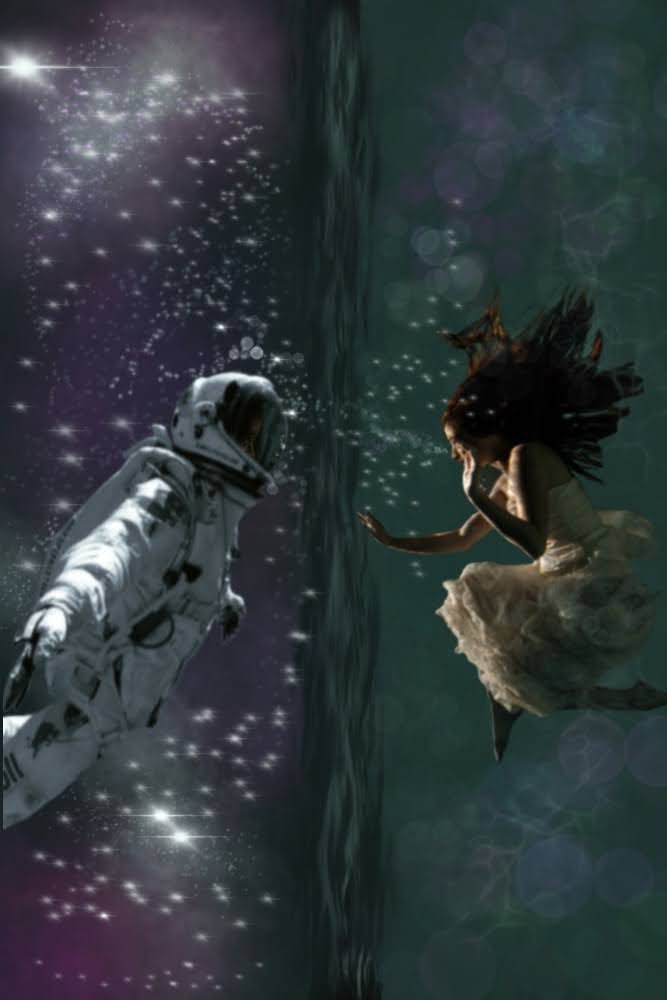 When I was a child, perhaps age 3 or 4, my parents took me to Disneyland in Anaheim, California. I remember the old submarine ride (currently the finding Nemo ride) and I saw MERMAIDS! Ever since then, I wanted to grow up to be a mermaid. I became obsessed with the ocean and swimming. By age 4, I learned how to swim and by age 5, I would swim into the deepest parts of the pool. Where were my parents? Who knows! All I remember was that I made a career choice at that age and all I cared about was always going to the deep ends of pools.

When I realized that I couldn’t become a mermaid because I wasn’t born one, I decided to become a Marine Biologist. I sat down for every type of television program that explained the oceans and would take notes in my notebooks that I would later lose. I learned about Tube worms, the curious light up neon show that the bright fish make in the dark depths, and even underwater lakes that have “heavier” water due to higher salinity.

I still have a love for the ocean, but when I started to learn about how polluted the oceans are and how many coral reefs were dying, it was too much for my little heart to handle. The best thing I could do is support the very work that will clean it all up as well as the whole earth.

So there’s something about depth. Depth can be in anything! It’s the distance you dive into the ocean to discover one thing, but end up finding more things to discover. It’s when you shoot a spaceship into outer space only to find out there’s bigger planets, galaxies and an infinite universe. It’s when you have an idea and consider all the details and possibilities of it which then leads to this vivid imaginary world that only you can see in your head. Depth can be in emotion, in possibility, in goals and most of all, in people. Depth is discovery. Depth is in imagination. Depth is infinite.

Depth takes me back to that same recurring frustration that I’ll probably forever live with: Onism. In The Dictionary of Obscure Sorrows, onism is described as “The frustration of being stuck in just one body, that inhabits only one place at a time…” Onism is the reason I find just about anyone fascinating. The feeling of it mirrors that of “Sonder” which is when you realize everyone has a life as complex as your own. I would love to be able to mind hop and be able to experience things that others experience just so I could better understand. It doesn’t mean I am dissatisfied with my own life, I love my life! Still, imagine how much better human connection would be if we could go beyond just “walking in each other’s shoes”.

Is there such thing as too deep? Well, I really don’t know if depth even has a true ending. If anything, it just connects you to the next thing in all sorts of directions. The dimensions are unlimited! I see it all as infinite as our creator and I imagine love to be the main model of true depth; we can’t concretely define it for being complex and dynamic yet we all chase after it and try to possess it. In the concept of eternal depth, no matter where you turn, our knowledge capacity can become infinite and there’s always something else to connect it with. The fact that even two extremities can compare and even parallel each other proves to me that there’s a greater genius in the background with a capacity far beyond human understanding and he has made us with the desire to seek out everything there is to know about life. It’s in our nature to try and go as deep as possible. I like how it says in one of my favorite scriptures “He has even put eternity in their heart” (Ecc 3:11). I can’t wait to be able to expand my deeper knowledge in all directions! In the meantime, we explore what we can along with those who also like to dive deep. Take a deep breath… dive!